It only takes 2 minutes. And it's free.
Up to 50% cheaper than franchise dealers
No job too big or too small
Free insurance coverage
Secure cashless payments
Same day / next day service available 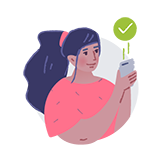 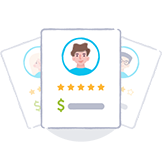 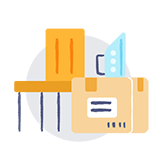 What do Android app development services include?

Android mobile app development is a highly technical and involved process, and Airtasker is here to connect you to capable professionals who can make android app development services easy for you! Android is the most widely-used mobile operating system that powers smartphones worldwide.

It is no surprise that individuals and businesses want to tap into the platform to contribute to making life easier or promoting their offerings. From prototyping and Android programming development to testing and deployment, you can expect the following things when you hire an Android app developer via Airtasker:

A mobile app prototype gives you a glimpse of what the result will look like, especially from a user experience (UX) design perspective. Button placements, font sizes, and the brevity of the text on-screen determine the aesthetic appeal of an app and how easy it is to use for a vast majority of users. Part of the android application development process is prototyping the app from screen to screen.

Depending on a Tasker's expertise and platform preferences, the development process will take the bulk of the work since android app developers will build the code from scratch. Once done, it's only half the task as the code will inevitably have errors in it that need to be corrected or debugged.

Preliminary and field/beta tests involve a set number of individuals. It often starts within a team, which will eventually expand to a more public set of people to observe and find more bugs and get feedback on user experience, among other things. This part of the process is just as crucial as the app's development as it often takes a long time to polish everything up.

Even as thorough as a developer is, the life cycle of app development doesn't simply end upon release. There will be bugs observed, especially with different hardware and a wider user base to tap into, so maintenance updates need to be applied now and then to fix these issues.

On top of this, users will eventually give feedback on making an app work better or add value. Feature updates will inevitably be implemented, though potentially at a cost.

I have a Samsung galaxy tab S2 that needs upgrading from Android 7 to the latest version (Android 10 or above). The problem I am having is that websites developed in the last year are not loading properly on the device because I feel the new websites are not compatible with the old Android 7.

Hi Taskers, my Lenovo laptop and Android phone have been infected and must be cleaned professionally to remove any viruses/malware This needs to be cleaned by an IT professional who should be able to provide a report detailing the outcome (pls note this report will be assessed by a banking fraud team) I will need assistance with recommending the best way to back up files before cleaning and installation of anti virus and firewall after. Please offer for labour only. Date and times: Fri 22/3 - after 4pm Sat 23/3 - 7-9am or after 7pm Sun 24/3 - 7-9am or after 7pm

IT Specialist Android and IOS

I have a major problem that not many techs seem to understand, It's related to IOS & android. I've been using android for many years & now want to change to Apple Mac for computer, having purchase an Iphone which surpasses everything. Currently I'm unable to set up the new Mac, due to a corruption on my part, in the android settings, in which I have 3 gmail accounts. It's about all I can describe, other than this creates a huge problem even with the Iphone. I've not uploaded several apps as yet, until I can have this sorted out. It will also, I'm guessing, affect my car's fantastic GPS, Bluetooth etc which as yet I've not learnt. No time. I respect there are many good IT people, however, unless you definitely are qualified, have full understanding of the my vague explanation of IOS and android, kindly do not reply. I've a condition called CFS, plus chronic dehydration and limits my capacity with people wasting my time.

He did the Job really very well. He fixed my windows and MacBook Pro very good and In a blink of eye he fixed my 5 years old gmail problem. Would definitely recommend him for IT stuff.

My samsung note 3 sd card got corrupt during spotify upgrade. Files are still there but cannot reopen. Experienced techs please.

Hey there, I'm trying to write a program to gain access to a type of ad based reward on an Android App, 'Exponential Clicker'. The program will need to run successfully for 100% of the different types and steps that the ads normally run through (some automatically open Play Store, some have 2 parts etc.) Price is at minimum so I can guage what the appropriate price for this task should be. Potential ongoing, similar work.

Revive Root and Install Xposed on an Android Phone

1. The phone is Xiaomi Mi 5x 2. I successfully rooted it but failed to install the" xposed framework" successfully and now it is a " brick" but it can still get to" fast boot" 3. Job to do: 3.1 : Revive the phone 3.2 : Root the phone 3.3: Install the xposed framework successfully Please Note, to consider the job done and get paid, the above tasks ( 3.1, 3.2 and 3.3) must be all completed successfully. I won't accept only 1, or 2 tasks done and pay pro-rata. Please kindly acknowledge & accept this condition before contacting me. Timeframe and location can be flexible! Price open to negotiate!