Potting soil or potting mix: Which is better for your plants?

Beginner gardeners may think that soil for pot plants is all the same and that plants will thrive on any healthy soil. But the best potting medium actually varies depending on your garden’s needs.

Potting soil is sometimes used interchangeably with potting mix, but they are quite different. Potting soil for indoor plants typically contains soil (hence the name), while potting mix is a soilless medium. Knowing the difference is essential. This way, you don’t get the wrong potting medium from your local nursery or garden centre.

Potting mix is generally better for houseplants and container gardening. It’s free from pathogens, weed seeds, and other harmful elements. Plus, it can be “controlled” more easily than potting soil. You can simply add compost and peat moss to improve the potting mix. What’s more, you can get custom mixed potting mixes for specific plants, such as orchid mix and cactus mix. 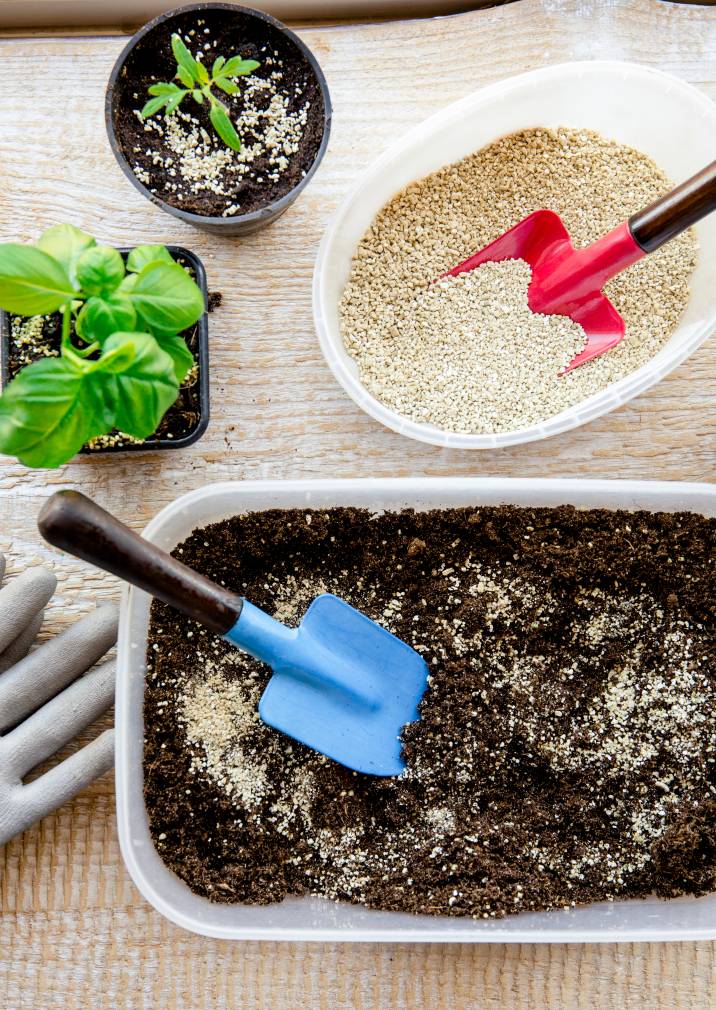 On the other hand, potting soil is better for larger gardens, raised garden beds, and landscaping. Potting soil is also usually cheaper than potting mix. You can make your own potting soil with garden soil and other materials!

The downside of potting soil is that it tends to become dense, compacted, and water-soaked. As a result, you may have a harder time growing seeds in potting soil than in a potting mix. 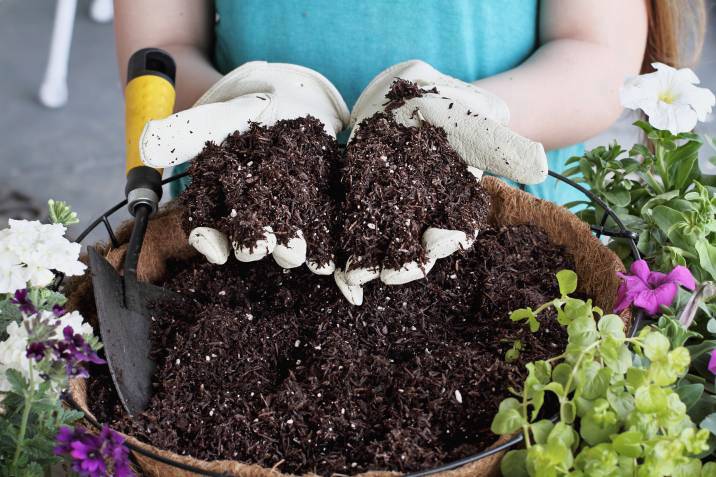 Potting soil provides the right composition and nutrients for pot plants. This medium is specially designed for the space limitations of a pot or container. As a growing medium, potting soil is different from typical garden soil or topsoil.

Since potting soil contains soil, it may not be as sterile as potting mix. It may have pathogens, fungus, or other elements that can harm your plants.

Still, potting soil provides air, organic matter, and water that can be beneficial to your potted plants.

Suppose you want to grow organic vegetables in addition to your potted plants. You can look into organic potting soil with no chemicals to enhance the growing medium. 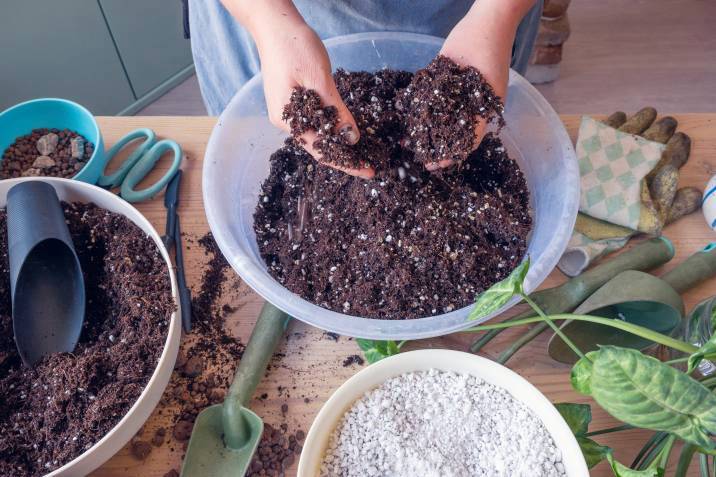 Let’s take a look at each of these potting mix ingredients:

Potting mixes can come in many variants, including houseplant potting mix, seed starting mix, and even cactus and succulent mix.

If you want to see if the potting soil mix you have on hand is ideal for your pot plants, you can consult a professional gardener.

Potting mix provides ideal conditions for roots. This medium has a lightweight and fluffy texture, allowing for better airflow and water retention.

Usually, potting mix is great for regulating the texture of the soil in indoor plants. But since it’s a soil-less medium, it may lack the necessary nutrients to keep your plants healthy. You may be able to fix this by applying fertiliser regularly or adding compost to the mix. 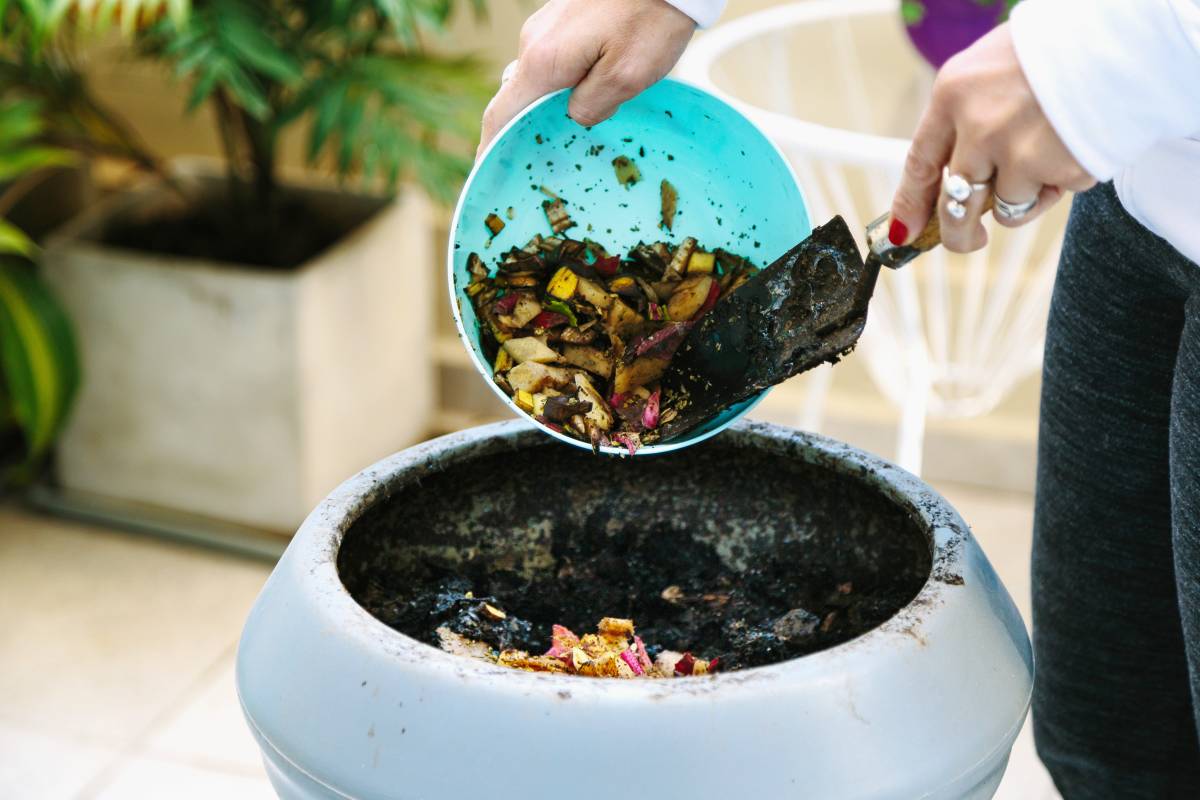 Compost can include dry leaves and fruit peelings. It can also contain other kitchen scraps, grass clippings, shredded newspaper, and even cardboard.

Here are the benefits of compost:

Once your compost is ready, you can easily add it to your potting mix or potting soil to make your plants healthier.

Potting soil and potting mix each have their advantages and disadvantages. Use potting mix for houseplants and container gardening, as this medium is more sterile and easier to control. But opt for potting soil for larger gardens and landscaping projects.

You can book a soil delivery service to quickly and conveniently get your potting medium. Your Tasker can pick up what you need from the garden centre, florist, or supermarket. The right potting medium is key to a healthy and thriving garden.