Celebrating women on March 8th both at Airtasker HQ and also in the Airtasker Community.

This year we wanted to make an extra special effort to celebrate women who have (and continue to) help to build the Airtasker platform – both those behind the scenes and out there in the real world. You are the heart of the Airtasker Community. Thank you!

Women who work at Airtasker

We love to see more and more women finding meaningful roles in the startup community. In Australia alone, there are Facebook groups, meetups and events dedicated to women both starting businesses and working in startups – this is awesome.

We’ve worked really hard to improve diversity both within the workplace and the Airtasker marketplace. Here at Airtasker HQ, we’re proud to have women in every team and department – from developers and product management, to marketing and customer support.

We’ve also grown a lot. This was us 12 months ago…

So we decided to ask Jennifer and Katherine about their experience both at Airtasker and in the startup community. 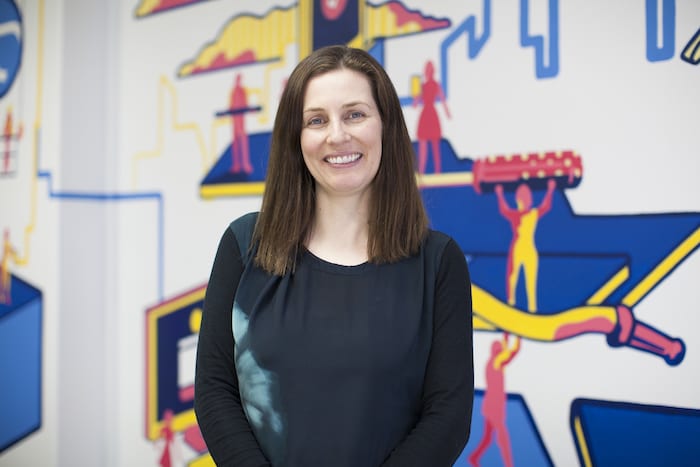 How have you found working as a woman in the startup community?

Airtasker is my first experience of a startup.  One of the great things about Airtasker is the breadth of experience and cultural backgrounds.  I have colleagues with corporate backgrounds like me and others who are steeped in startup history.  We have representatives from every continent except Africa (it’s on the recruiters to do list!) and I think that diversity helps to ingrain openness into our culture and way of working.

The product management team is almost 50/50 male/ female split.  It wasn’t by design, I’d always assess on merit. When you’re building a team, you’re looking for more than just technical skills for each role, and I suppose that a natural conclusion is that diversity brings a bias-busting positive to the mix.

I’ve always been very lucky in my career that I haven’t experienced discrimination or harassment.  Working at Airtasker has been no different, but I’ve been very aware that as our company grows domestically and internationally, it’s my responsibility as a leader in the business to monitor that regularly.

What helps you jump out of bed and rush to the office every day?

I like the people I work with, they’re upbeat and want to succeed. Coming from companies who’ve been held back by legacy and regulation, it’s so freeing to be part of something where visible improvements on a daily basis is a possibility.

What is your mantra?

Stay on your feet and keep moving forward. 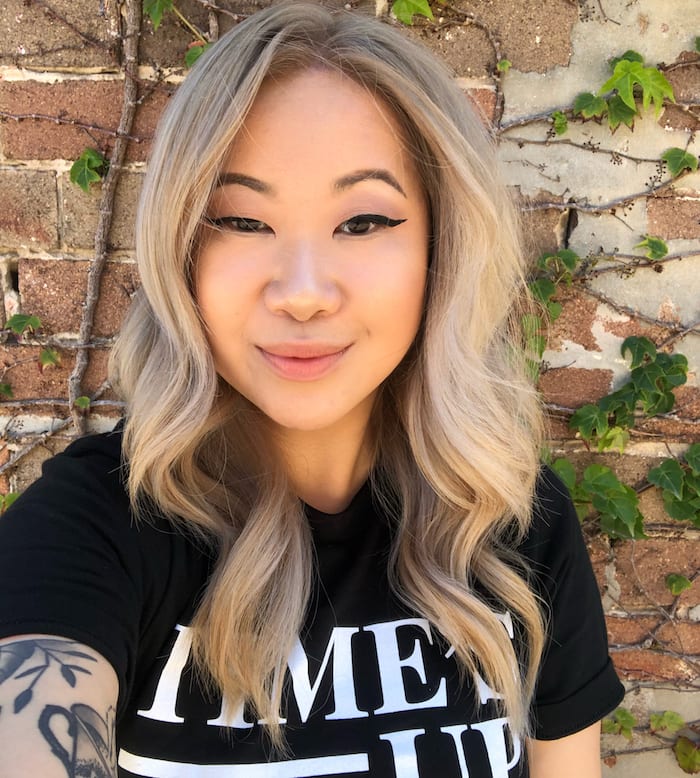 How have you found working as a woman in the startup community?
I’ve been at Airtasker for just over 1 year, it’s my first experience of working in the startup community and it has been a highly positive one so far. We have a very open, collaborative and respectful culture which empowers all staff to speak up on any ideas or concerns we may have. I’ve also met many other amazing women in this community so far, who I look up to as great business leaders. It feels like we’re creating a community of game changers.
What helps you jump out of bed and rush to the office every day?
My team motivates me every single day.
Working in a startup means everything moves at a rapid pace, sometimes it feels like you could definitely get swept under the tidal wave of work to be done. Having positive, empathetic and hard-working teammates who support each other through the hard times make the good times that much better. We work hard so we can play hard!
What is your mantra?
Never stop learning!

Women in the Airtasker Community

Diversity (or as we prefer – inclusiveness) is something we’ve really focused on in the last 6 months for the marketplace and also the community.

In an article written by our Brand Designer (Damien Terwagne) about illustrating inclusive communities, he explains how we’re now proactively staying open to everyone with design/ illustrations. So as designers, they’ve implemented a few basic rules:

But what about some of those women who are working hard in the Airtasker Community?… 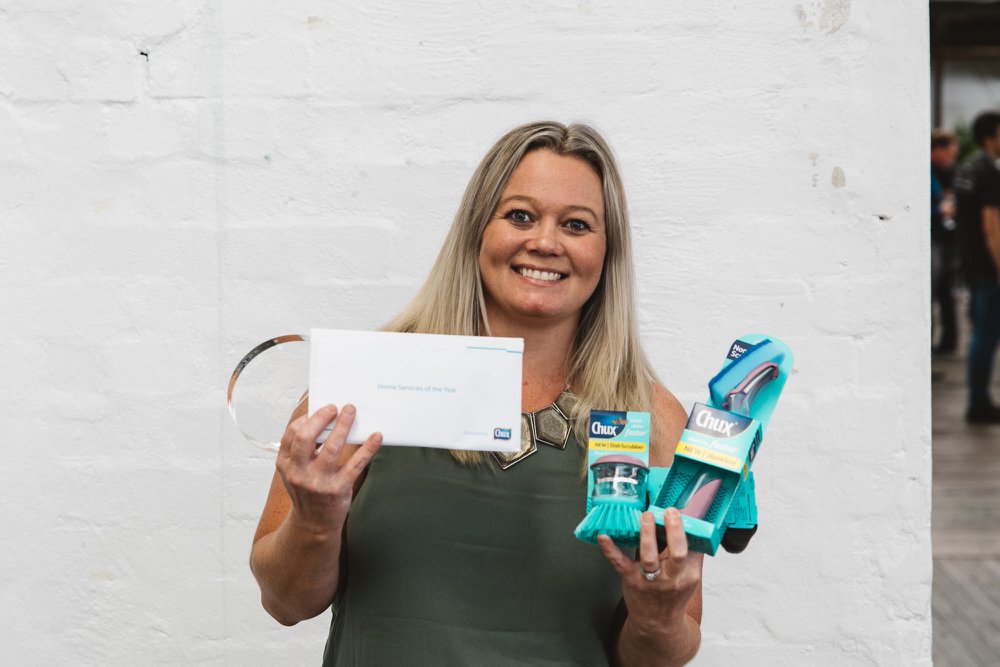 Tell us your story. What did you do before you became a Tasker and why did you join?

As a small business owner, you’re always looking at new ways to expand business and clientele. This is was what led me to use Airtasker after being recommended by a few people – even a couple a years prior to me signing up.

How does Airtasker fit in with your life today?

I love the fact I can make an offer on tasks suited to what I do, so I actually pick and choose my workload.

For almost the past year I’ve used Airtasker daily, and as a female business owner it’s now my time to take a break for a bit – I’m about to have my baby girl. But I’ll be back in the future of course!

How has it changed or impacted your life?

The flexibility of quoting for only the tasks I choose is great.  While I try to do a variety of cleaning tasks, some are simply just not for me and what I do.

What’s the most interesting task or most memorable Airtasker experience you’ve had?

In the cleaning industry, tasks are normally pretty straightforward. You don’t want too many surprises to be honest.

What’s your number 1 tip to others getting started on Airtasker?

I treat every new task as if it was my first, striving for the best customer service you can offer as I truly believe that’s the key to running a successful business.

How did it feel to be awarded the Home Services of the Year Award?

Being in an industry where the work is physically draining, it’s nice to be recognised for all the effort and hard work that goes into all those 5 star ⭐ reviews and high Completion Rates!

I was honestly very surprised to win and didn’t really know anyone was watching as such, so it truly was an honour and my biggest heartfelt thanks to Airtasker. 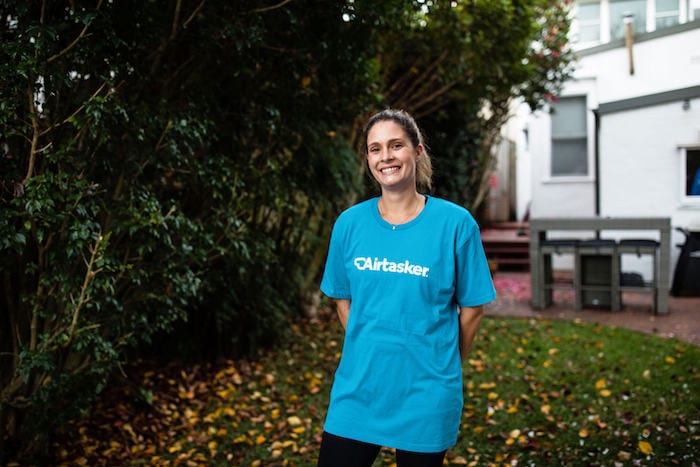 What did you do before you became a Tasker and why did you join?

Before Airtasker, I had worked for many years in a sales and administrative position until I became a mum. Once I became a single parent I needed to return to the workforce in a role that had the earning potential to justify putting my kids in childcare, whilst using my already established skills.

How does Airtasker fit in with your life today?

Airtasker is perfect for me as I can work within my own availability. I currently have 3 days a week that my children attend preschool, so that’s when I’m able to complete tasks as well as occasionally on weekends.

How has it changed or impacted your life?

Airtasker has given me the ability to work when I can and earn good money at the same time. I had a lot of trouble at first with people punting my ability due to the fact I am a woman, but the review system helped me to increase my workload and I’m no longer having trouble getting tasks. 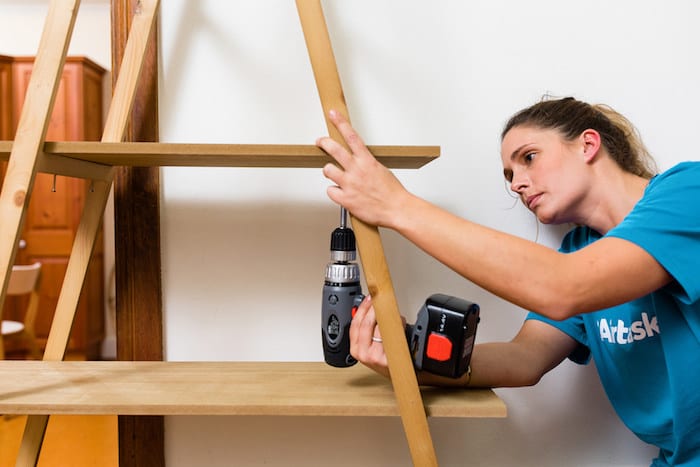 What’s the most interesting task or most memorable Airtasker experience you’ve had?

My most memorable task was when I had to drive two little puppies up to Newcastle. As I live in a unit I am unable to get a puppy as much as I would love one and this gave me the chance to hang out with two gorgeous puppies while also getting to enjoy the beautiful drive up the coast with a few stops on the way back.

What’s your number 1 tip to others getting started on Airtasker?

You may have trouble at first getting tasks but be persistent and stick with it because it can be very rewarding and lucrative.

Thanks to all of the women above for sharing their stories!