Getting your holiday flights, accomodation and spending money covered by doing tasks is exactly what Chris did.

In the building industry, not only do you go through peaks and troughs but there’s also seasonality with rainy weather calling off work and often unforeseen delays. So you often have a bit of free time on your hands to pick up some extra work. When Chris found out about Airtasker, he knew that he would be able to pick up removal jobs to make the most of his van and also earn some extra money for bills – it even paid for a holiday to Hawaii!

With almost 20 years building experience and a well-seasoned Airtasker, he’s got a great story to tell, so let’s jump in.

“I signed up in the early days of Airtasker back in 2015, but I only really started doing tasks in 2016. From what I can remember that’s because there was a lot of rain which caused the building work to stop and as a result, I had some time off between jobs. So I jumped back on Airtasker and looked for some tasks and it was a really good experience.

One thing that stands out for me with Airrtasker is that when you have your own building company you rely on 60 or 90-day account payment cycles, which is a really long time to outlay all this work without seeing any money. But on Airtasker, you often get paid the next day and this is so helpful when you need a bit of cash flow.

A couple of Christmases ago I went to Hawaii with the money I made on Airtasker and I know that if a trip is coming up or the holiday season, I can just pick up a few extra tasks for more spending money.

Although I’m a builder by trade and run my own business with my brother, I don’t actually go for those types of tasks on Airtasker because I find that they aren’t detailed accurately and sometimes the job is much bigger. The jobs are complex and need a lot more planning, compared to removals which can be done right away. For example, if I finish work early in the afternoon instead of going home and sitting on the couch, I can get on Airtasker, find a task and let the Poster know that I’m available on the spot.

The flexibility works well because if I’m on the app looking for work, I’m generally available there and then. But I also find that Posters are very flexible and happy if I can only give a window, say a Wednesday morning, and then just give them an hour or two notice. Although in saying that, around 50% of the tasks that I do are ones that I hop in the van straight away and go to.

What does the income from Airtasker help you with?

To be honest, most of the money I make from Airtasker just goes straight into my savings account and sits there until I need it. Sometimes my building jobs might be a bit slow or I might be waiting to receive payment from invoices, so I can use the money made on Airtasker to help with cash flow for bills, groceries and other living costs.

I also use the money from Airtasker to go towards my holidays. A couple of Christmases ago I went to Hawaii with the money I made on Airtasker and I know that if a trip is coming up or the holiday season, I can just pick up a few extra tasks for more spending money.

Do you have any advice for others starting out on Airtasker?

For me personally, my prices are a bit higher but people have mentioned that my reviews are really good (all 5-star) therefore they are ok with the higher price. So those first tasks that you get are crucial to you getting a leg up by doing a great job and ensuring those favourable reviews.

Keeping your Completion Rate up higher is important as well because it shows that you are more likely to show up to a task. Also, don’t forget your equipment and make sure you have the right stuff for the task.

Another reason why I get picked, I’ve since found out, is that I ask questions that are relevant to getting the task done. By asking really detailed questions, I’m more confident about what needs to be done and that the price is fair for both sides. In turn, Posters really like that you are genuinely interested in the task and not just looking to make a quick buck.

Your values really come into play as well. Honesty and fairness are so important and you can’t rip people off. Just do the job that people want and make sure they are happy, it’s quite simple at the end of the day. 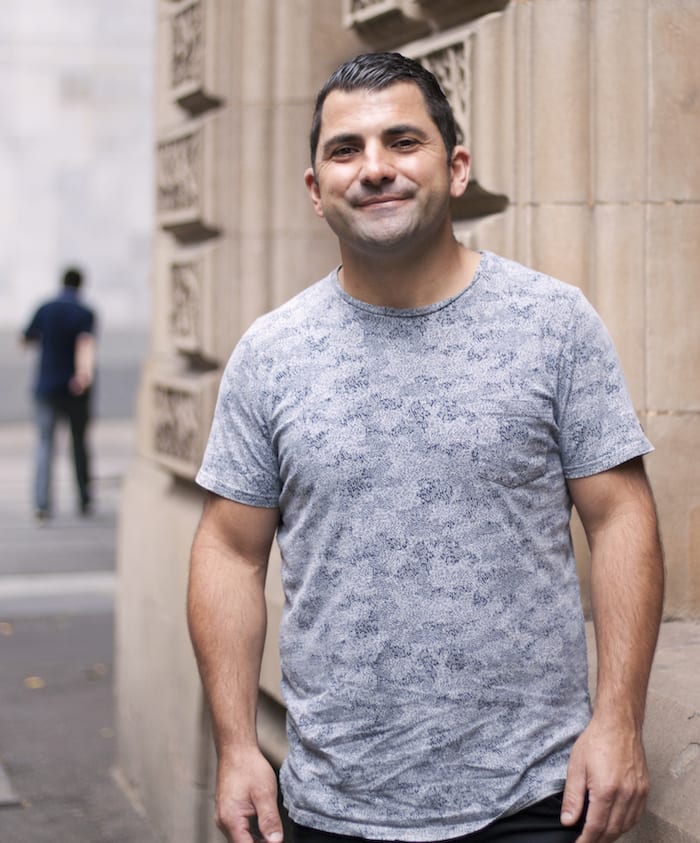 What are the types of tasks you do?

Although I’m a licenced builder and carpenter, I don’t really complete those types of tasks but I suppose I still use the tools and skills to complete demolition and concrete cutting tasks. I also do a lot of rubbish removal, smaller moves or single items (sofas, mattresses etc).

I guess the most out-of-the-box tasks I’ve done is spa removal. When you get spa removal tasks, you have to cut it up into smaller bits so that you can easily carry it to your truck. Turns out that when people move into a new home they often want the spa removed that was used by the previous owners.

I have a lot of equipment which is in one van,so if I get a task that needs a jackhammer or concrete cutter I’ll take that van and then the other truck is empty for more of the moving tasks.

If a task is a bit too big, I’ll get my brother to come along and help. I work mostly on Monday to Fridays in the afternoons once I’ve finished my building work. I’ll also do some tasks on Saturday mornings as well if needed.

When I know that I have a day of tasks I will try to plan all of the jobs to be done in a bit of circle so that the last job brings me back closer to home. It doesn’t always work out that way but I definitely try to do that so it’s less driving where you aren’t earning money. Being well planned is key.

If I’m interested in a task there are a few crucial things I need to know. Access through doorways (including how wide/high they are) or narrow walkways isn’t always thought of but really important to know. I also like to know if there any stairs and if so, how many. If there are pictures of the items that need to be removed, that is really helpful too.

You’ve posted a task before, tell us about it.

A while ago I posted a task and it was to get some photography for a friend’s 40th birthday as part of her gift. It was awesome and really does show that you can get anything done.

And one last thing about me…

I love my footy and follow the West Tigers in the NRL.”

Need some rubbish taken away or a mattress removed? Chris is the guy for you with over 4 years of Airtasker experience and 20 years in construction – he knows his stuff. Take a look at his profile and hire him for your next task today.

Airtasker Stories: How to sell your house with Airtasker

How a husband and wife cleaning power team juggle it all

Transition from cleaning agency to being your own boss