Five things I’ve learnt from packing my life into a 5x8-foot trailer.

Minimalism, also referred to as ‘essentialism’, is becoming a popular lifestyle choice. As we get busier many of us long to throw in the rat race and hit the open road in search of adventure and free time. I certainly did – so my husband and I took a leap, gave up our apartment and downsized to a van to learn to enjoy a simpler, less materialistic life.

It’s been over six months since we shut the doors of a 5×8-foot trailer containing all of our earthly possessions and drove away from Sydney in pursuit of less hectic life. I’ve nicknamed this The Year of Simplicity. It’s a period when we’ve been deliberately living lighter with less – but you don’t have to get serious about #vanlife to benefit from the freedom of decluttering.

These are five lessons I learned along the way to becoming a minimalist, that you can apply to life without the van:

1. I wish we’d started getting rid of our stuff sooner

Even though we lived a (relatively, by Sydney standards) low-cost life in a small apartment in Sydney’s Inner West (the second bedroom serving as my husband’s jewellery studio), during the packing process we discovered we still had an obscene amount of stuff. In the five years since we got married we had accumulated, but never sorted through. Our built-in wardrobes just got more and more full as we used them to store things we “might need one day”, but never actually did.

I stumbled across this quote while we were packing:

“For the longest time, I thought I needed to be more organised. Now I know I just need less stuff.”

If you are serious about decluttering there are plenty of resources out there to get you started (the documentary, Minimalism; best-selling book The Life-changing Magic of Tidying Up and the Project 333 clothing challenge to name a few), but my advice is to just start now. I wish that we started going through our stuff sooner so it wasn’t such an enormous effort when it came time to move.

One tip I found particularly helpful during the process was advice from the KonMari method to “discard by category not location” in this order:

The great thing about this approach to decluttering is you don’t have to wait until you’re making a life-changing move. You can action it now. Start by putting a few hours on Saturdays aside to go through your stuff – creating a weekend ritual that can add little bit more freedom and extra room to your life, both physically and emotionally.

Set aside some time every weekend to start your decluttering journey.

2. Just because it’s valuable, doesn’t make it valuable to me

I can’t tell you how many things we pulled out of the back of our spare room wardrobe that hadn’t been touched in five years, including a lot of stuff that was “valuable” from a monetary perspective. From motorbike helmets and craft supplies, to dive gear and unwanted wedding gifts, we discovered we owned quite a lot of expensive things that didn’t actually hold any real value (at least not to us).

The KonMari technique involves taking everything out its storage place, dumping it out in a pile and (as naff as it sounds), holding each item as you ask yourself whether it brings value or joy into your life. If not, time to let go. Sell it or donate it so someone else who can find value in it. You might even make a bit of pocket money along the way (money that can be spent on experiences with loved ones instead of accumulating more stuff).

These Australia wide charities would love your good quality clothing or furniture donations:

Stay true to your own values and only keep what has meaning or use to you.

3. Downsizing can be draining

Packing mindfully with the view to dramatically downsize meant a good couple of months living and working in a home that looked like the entire contents of our life had been vomited out of the cupboards and into the middle of the lounge room floor. As someone who enjoys a clean and tidy space this was more stressful than serene.

Getting away from Sydney didn’t bring the expected relief at first either. Despite my excitement at the promise of the new life we’re creating, and the relief of putting the packing chaos behind us, my main feeling when we arrived at our home-base of Tasmania was intense exhaustion.

I guess it’s to be expected – packing up your life, getting rid of most of your stuff, quitting your steady job, setting up a business, selling your apartment, buying a van and moving across the sea is not a straightforward process – and it took me a good few weeks to bounce back.

My point here is to expect the downsizing process, no matter how big or small, to be draining, so be ready and willing to give yourself the kindness you need. One way I did this during the packing process was to carve out what I referred to as my ‘Calm Corner’ amidst the sea of chaos – a Turkish rug (the one we got married on), two velvet arm chairs, a vintage sideboard and a big pot plant. This helped me to compartmentalise so I could cope with the mess.

Create a calm zone among the clutter.

4. It’s important to recognise when you need to call in an expert

We spent the money we made selling our stuff in two important ways. The first was towards the purchase our enclosed trailer that meant we didn’t need to lose money on storage hire fees during our nomadic year. The second was hiring an Airtasker to help us with the final packing push.

Carolina was a professional organising angel in the form of a backpacker with a 4.9-star review average. She arrived, rolled up her sleeves and – in that classic no-nonsense manner Germans are famous for – got on with the job.

She implemented a sophisticated sticker labelling system that allowed us to pack our trailer in priority of boxes based on how reachable they needed to be upon arrival (Carl’s jewellery tools and Autumnal Tassie clothes at the front, furniture that we won’t need until we get a house at the back). It was some of the best money I ever spent.

If you feel overwhelmed get someone in to help.

5. I need even less stuff than I thought I did

When we were packing up our lives in Sydney, we agonised about what to keep and what to get rid of. We thought we were being ruthless; whittling our worldly possessions down to fit the trailer dimensions. But the truth is that since parking that trailer on Tassie soil, we can barely recall what’s in there – and we certainly haven’t needed it. In fact, Carl often says that if someone pushed it off a cliff, it would make very little difference to our lives (though honestly the photos and artworks would probably be missed when we do eventually set up a home).

We were housesitting on the mainland recently and before we left rearranged a few things in the trailer. Somehow my wallet got locked in there, but it wasn’t the drama it might have been pre-minimalist life. It’s pretty telling to discover that I didn’t even need that most precious item for three long months (though I did thankfully have my passport for ID). A few years ago I never would have left the house without this possession, but now it means so little to me that I haven’t even gone to collect it yet since getting back – and I certainly haven’t missed carrying around a stack of loyalty cards.

Go really minimal once in a while to remind yourself how freeing it is!

Not ready for a van, but want to start decluttering your life? Find a professional organiser to help you tidy up on Airtasker. 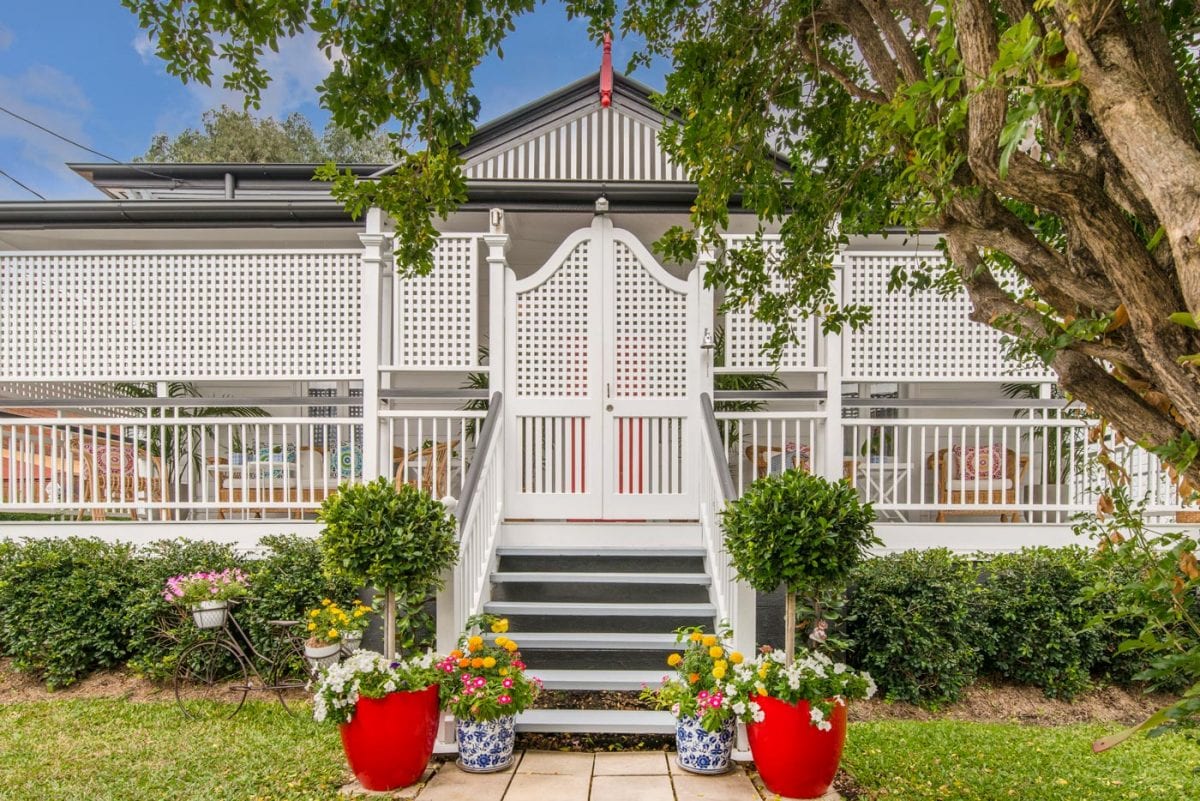 Want to Airbnb a property when you live somewhere else? Here’s how. 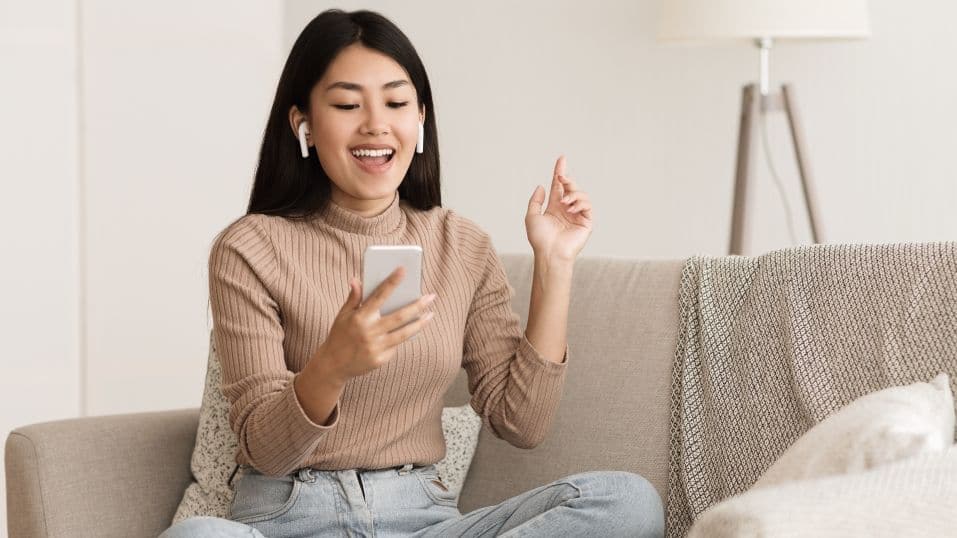 How Apple tells you to clean AirPods is wrong